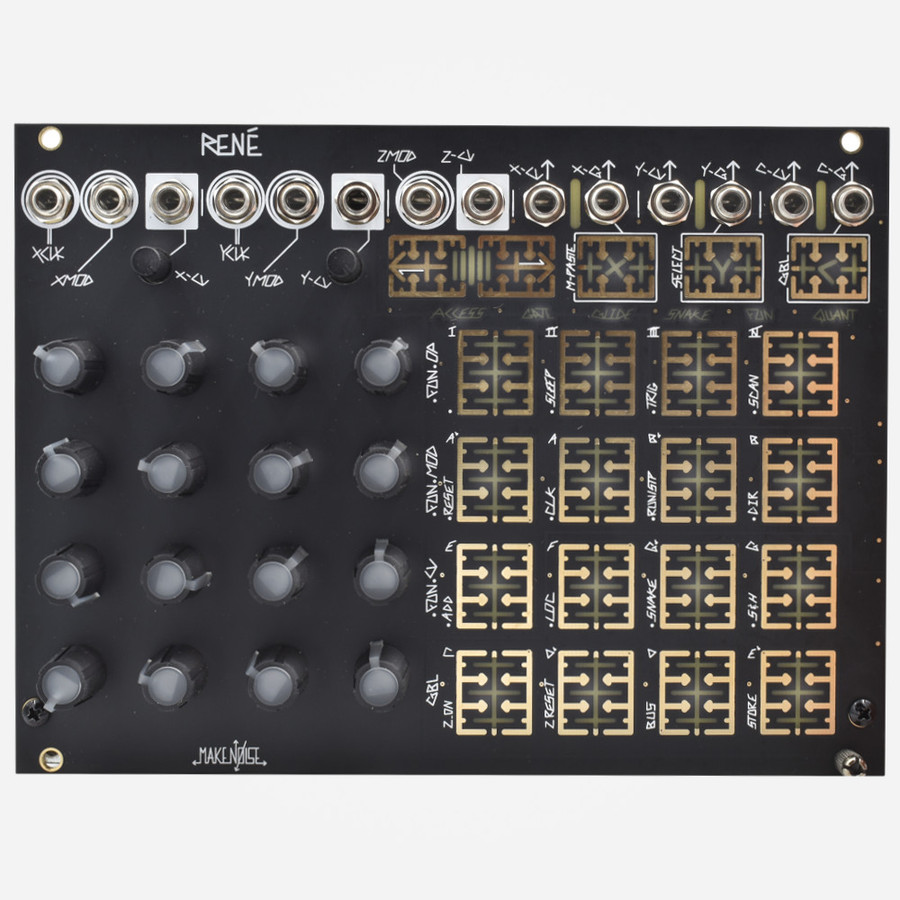 The new Rene 2 - just as playable but significantly more powerful!

The René music synthesizer module is a a powerful three-dimensional prism of composition. It is the world's only 3D Cartesian Music Sequencer. Named for the French philosopher & mathematician René Descartes, it uses the Cartesian coordinate system to unlock the analog step sequencer from the shackles of linearity.