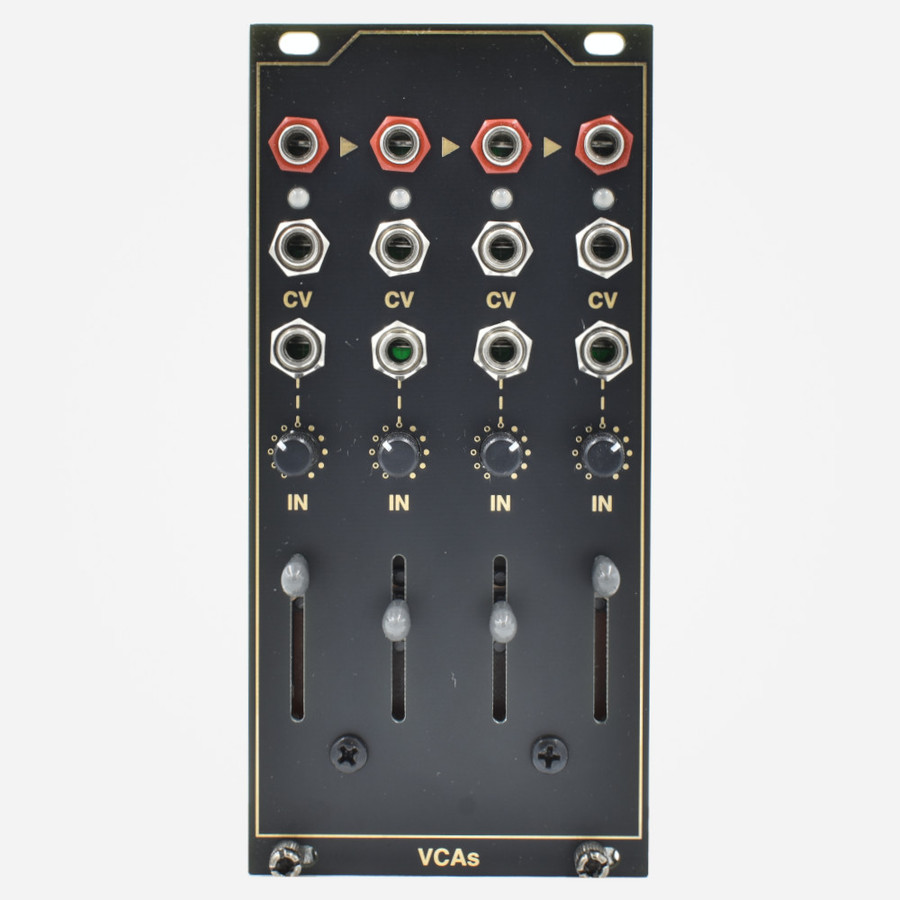 An inexpensive quad vca with summing!

VCAs is four Linear Voltage Controlled Amplifiers in 12HP. Each channel consists of:
The arrows on the panel between output jacks indicate VCAs' normalled mixing scheme. When a patch cable is not inserted into an output jack, that channel's output is mixed into the channel on its right. For example, when only patched out of the furthest right channel, VCAs will act as a 4 channel mixer. If patched out of the "second" and "fourth" channels, each pair (1&2, 3&4) acts as a 2 channel mixer.