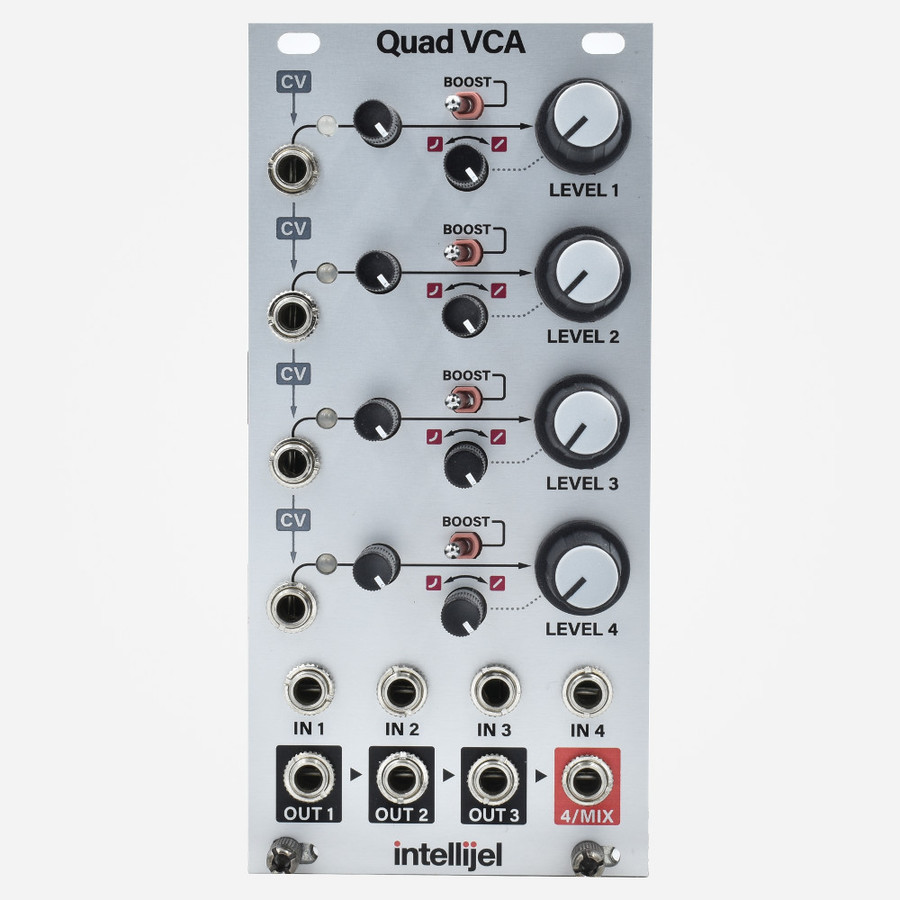 When you get into eurorack, you'll inevitably come across the old adage—you can never have enough VCAs. It's true, but it's a bit over simplified, the Quad VCA is not. Each of the four VCAs has independent level control, bipolar CV inputs with attenuators and led indicators, adjustable linear/exponential response and and a +6dB boost switch to double the channels output. Each channel's CV inputs are cascaded to the next, as are its outputs so that you can create submixes.

The Quad VCA comprises four channels of voltage controlled amplifiers. Each channel is equipped with a 6db boost, a LEVEL control, and the CV input response can be swept between linear and exponential. Additionally, the outputs of these channels are cascaded from left to right, allowing Quad VCA to function as a four channel mixer.