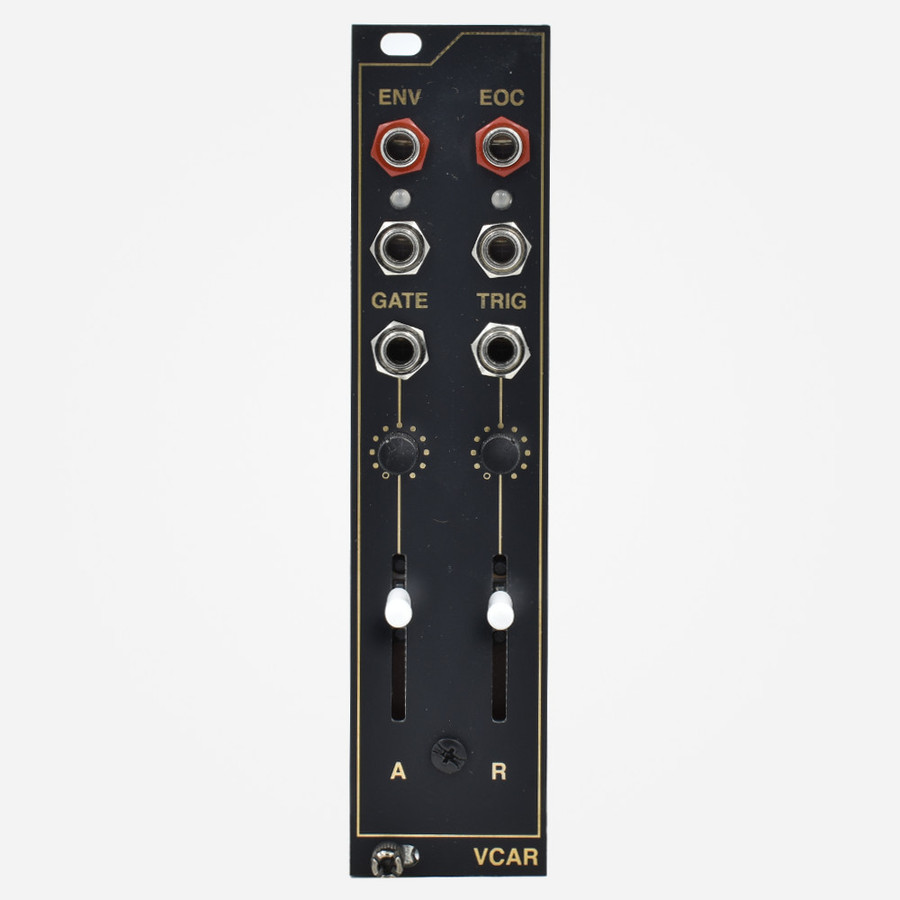 VCAR is a digital voltage controlled Attack - Release envelope. A simple utility module with extra useful features. Use it as a standard envelope, a clock divided modulation source in one-shot mode, an LFO, or a voltage controlled trigger delay via the EOC output.

EOC: End-of-Cycle trigger. This outputs a trigger when the envelope ends - patch to the trig input to loop the envelope!

A: Attack time. The associated CV input is a bipolar offset.

The jacks above each slider are CV inputs for that parameter, with an attenuator. Note: -12V was left unmarked on the power header on these modules (who would do such a thing?!) The red stripe on your power cable should go DOWN. -12V is DOWN.