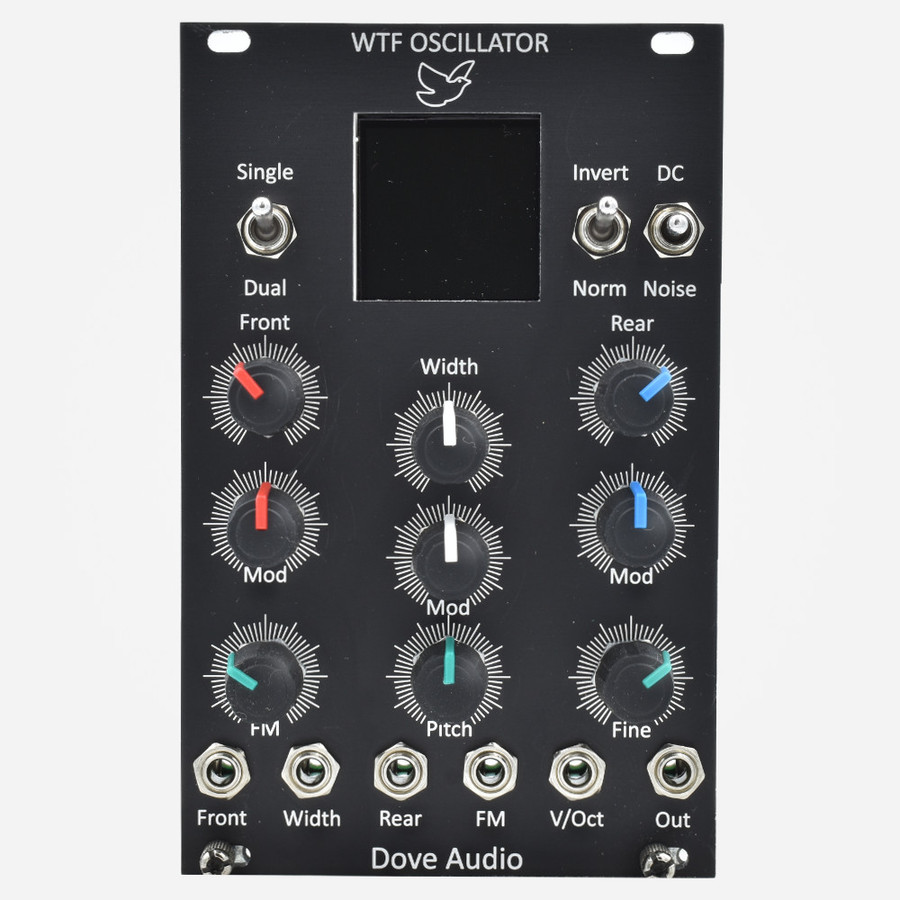 WTF stands for Window Transform Function, a wavetable oscillator that gives you a new and unique way to morph between waveforms.

The concept is that you have two waveforms, one in front of the other. You are then able to open a window, or gap, in the wave at the front to show a portion of the wave behind, with control over the width of the window. This let’s you create totally unique waveforms previously unobtainable, morphing between waves mid-cycle.

You can of course modulate the window width with CV, in addition you can change the front and rear waveforms with a CV.