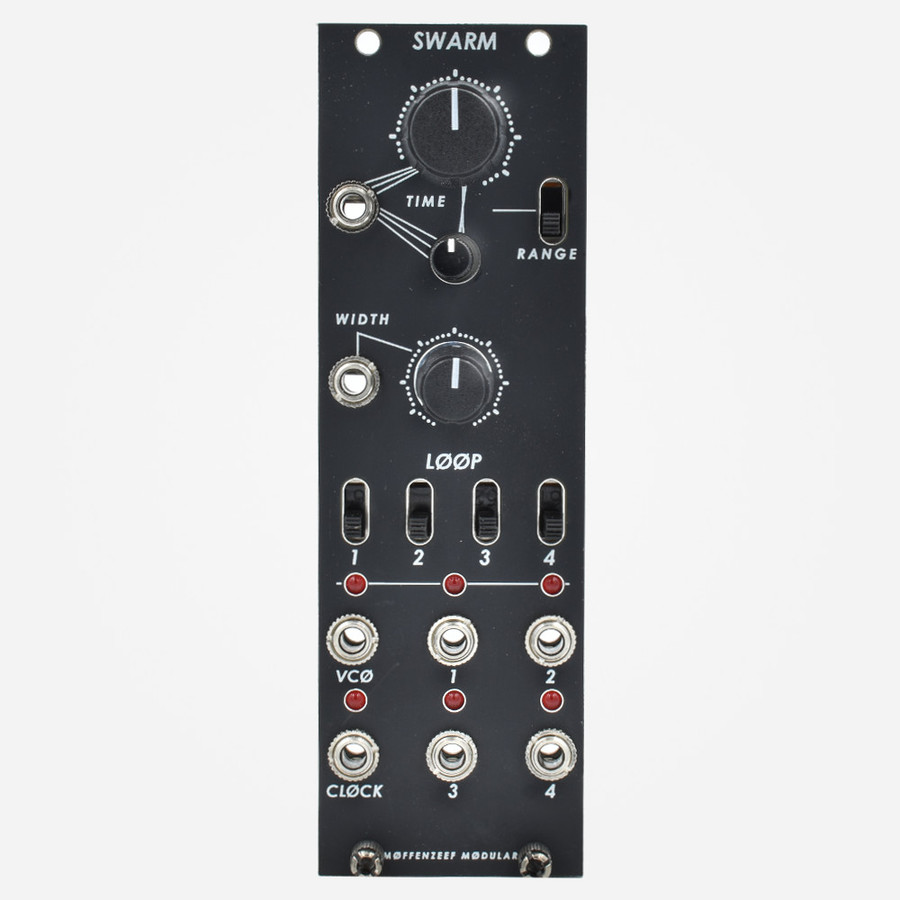 "SWARM is a rather odd solution to a problem that doesn’t exist. The module outputs four gate patterns that have nothing to do with one another. There’s no clock input for the module and it can’t be synchronized to any external tempo. The objective was to create my own type of pattern generation module that allows the user to influence the overall speed of a series of randomized gate pattern without being able to actually alter them directly. When you flip the “loop” switch for each associated jack, the pattern freezes in a similar manner to a tape loop; the start and end times of the loop are arbitrary yet each time the pattern loops around it’s reminiscent of something that’s somewhat musical due to the repeating structure. The outputs are structured in such a way so that the first output is the fastest randomized pattern and the subsequent ouputs are incrementally slower. Why would you want something like this? I don’t really know, but I made it for you. Throw me a frickin’ bone m8."