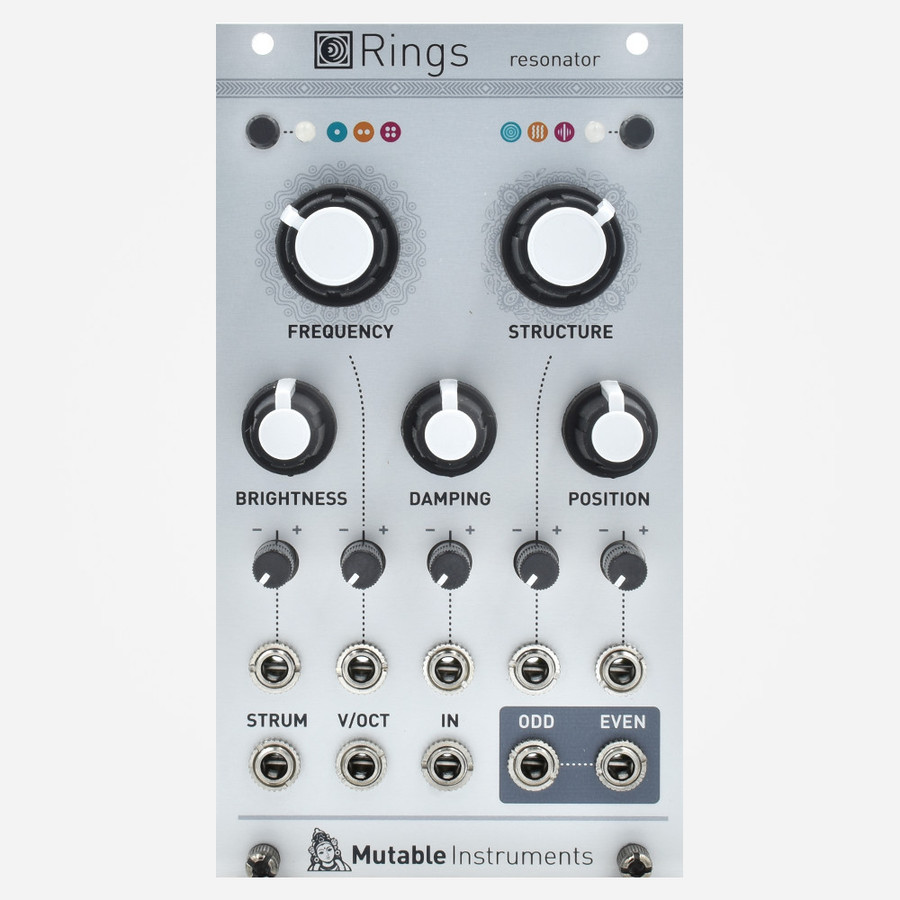 Beautiful strings, plucks, and metal hits in a small package!

Rings brings physical modelling synthesis to your Eurorack system, from a more modular angle than Braids’ models or Elements.

Instead of trying to be a complete instrument, Rings focuses on the key ingredient, the resonator, ready to be excited by envelope clicks, trigger pulses, granular noise or any other audio source produced by the rest of your system.

Three families of vibrating structures are simulated by the module, with CV control over their parameters:

Each model provides a unified set of parameters, all voltage controlled, with an attenuverter: