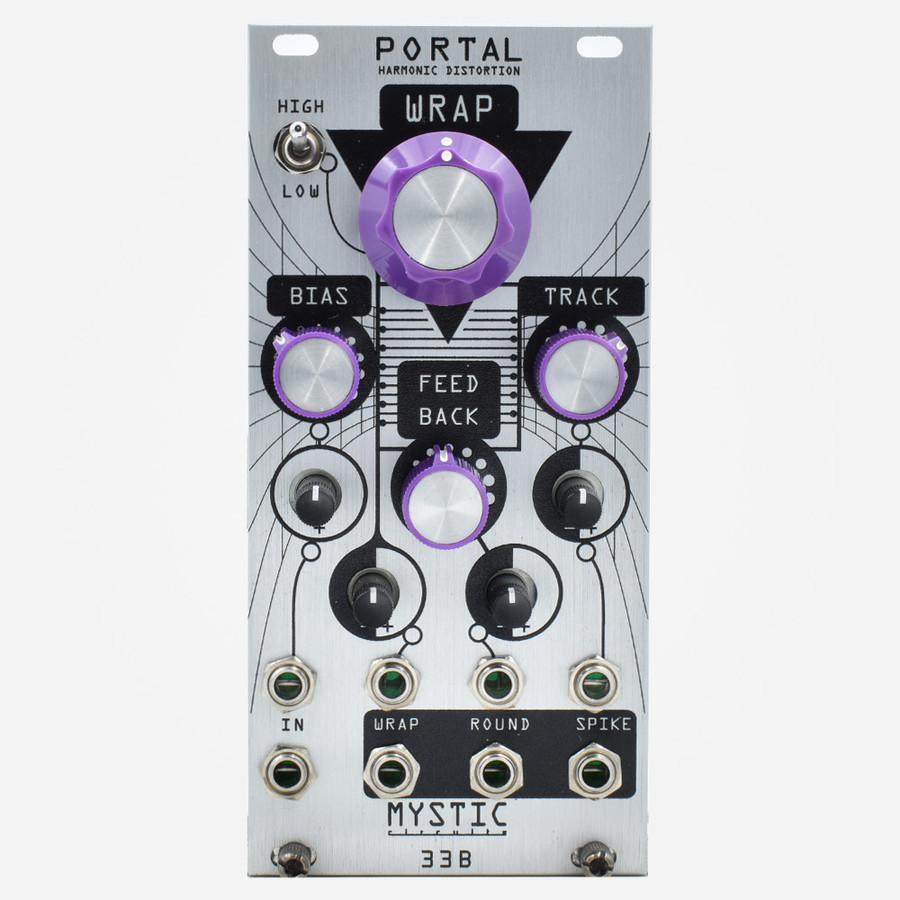 PORTAL is a wave wrapping harmonic distortion. Similar to a wave folder, PORTAL multiplies the harmonics of a signal going through it. Unlike a wave folder once the input has hit the threshold voltage the output will jump to zero instead of folding back on itself, creating a sharp transition almost like the wave has traveled through a portal. When fed with a triangle or sawtooth this can create an effect similar to oscillator sync, but without the need for a second modulating oscillator. When fed with complex audio sources the results are devastating, turning just about anything that goes through it into mad screams from another dimension.