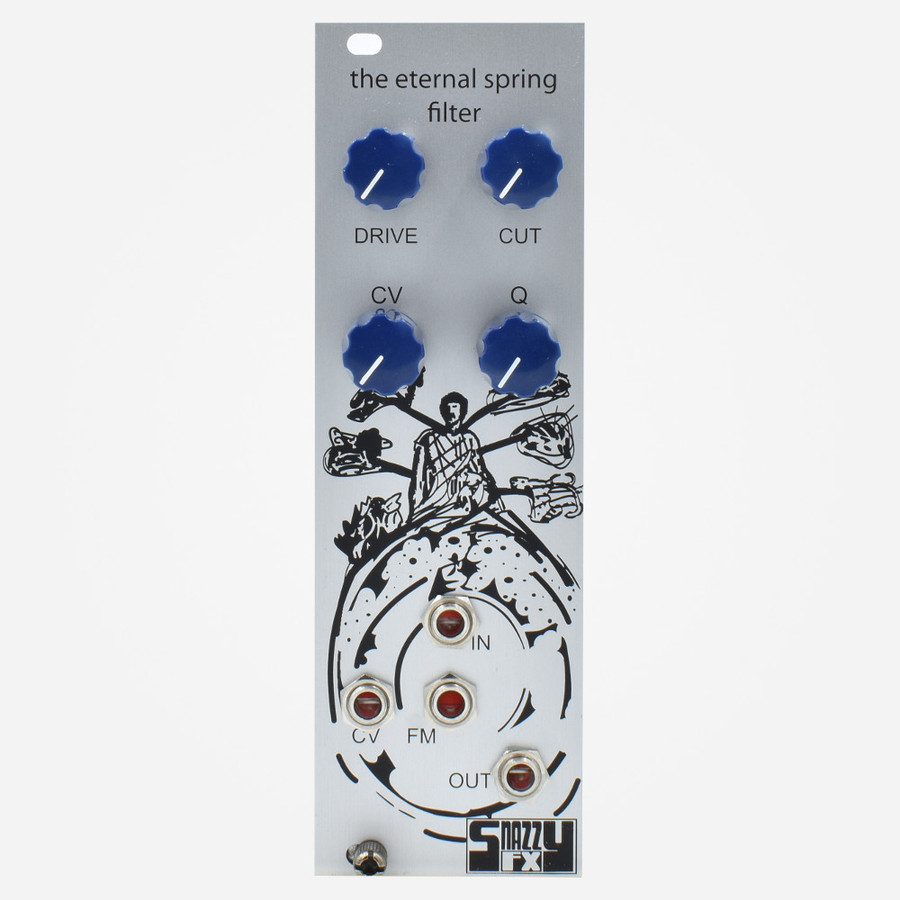 The Eternal spring filter is quite different than most filters we’ve tried. It belongs to that category of sound modifiers which are usually called “effects”, which is to say that it doesn’t just filter the sound in a regular manner, but also adds a considerable amount of edge/personality. At time it sounds like a wavefolder, and when you plug a nice slow LFO into the CV input, you can really get some intense sounds out of it.

At lower drive settings, this filter adds noise, grit and harmonics, while at higher settings the sound of the filter takes over and replaces your input with sparks and sludge. It sounds great on synth leads, on basslines, and really adds a lot of movement to drones. It is a weird beast which capable of some different sounds than other filters in your system. On top of all that, this filter is not temperature compensated and has plenty of musical instability. The cutoff and Q move around nicely to add energy to your incoming audio.