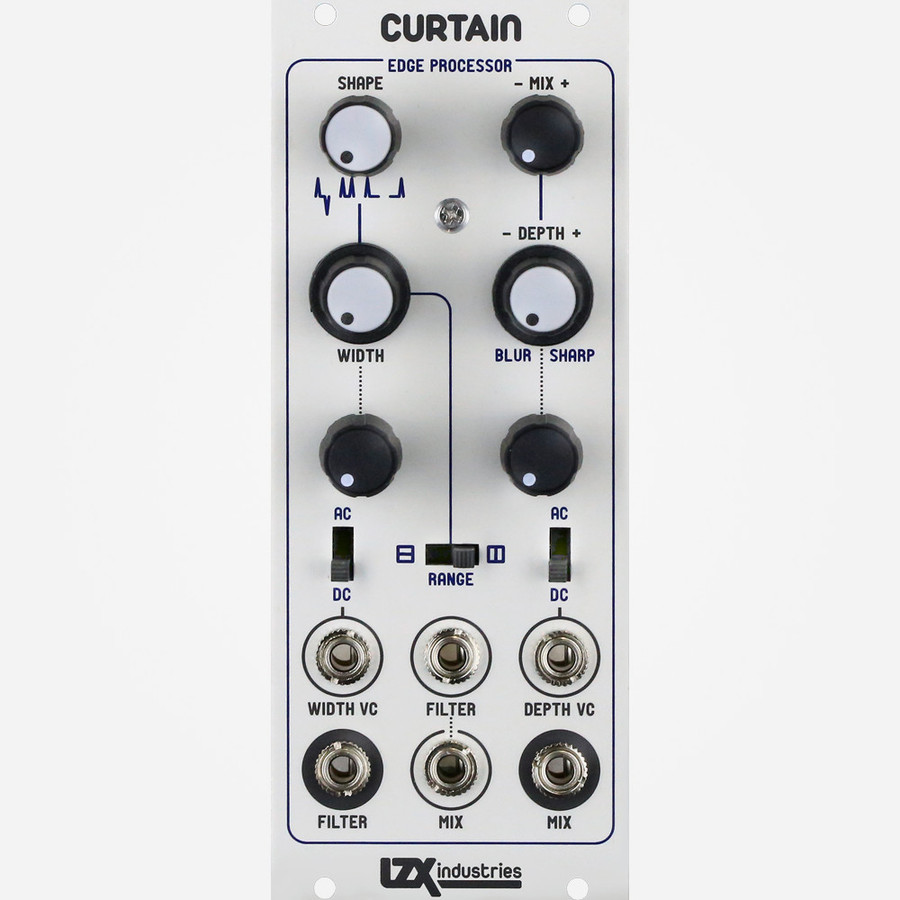 Curtain is a video edge processor designed for sharpening, blurring, and outline extraction. Comprised of a wideband voltage controlled filter and multiplier, it is similar to tools used for X-Ray analysis in the era of analog graphics.

Designed to increase the contrast of the edges of objects, analog video enhancers have a history dating back to early medical and military imaging systems. Doctors have used video enhancers to analyze x-rays, and NASA has used them to process some of the first electronic images of space and the moon. In contemporary times, circuits such as the Curtain module have been replaced by sophisticated high resolution digital image processing, but the visual appeal of time-constant based processing of analog signals remains.

Curtain integrates a high pass VCF and a voltage-controlled output mixer which sums the filter output with its original input (or an alternate source.) Since subtracting a high pass output from its input yields a low pass, modulating the inverting/non-inverting depth of the high pass filter into this mix allows one to go from sharpening to blur all on a continuous voltage control. In this sense Curtain controls not only the time constant of the analog processing effect, but also its depth in the output mix.