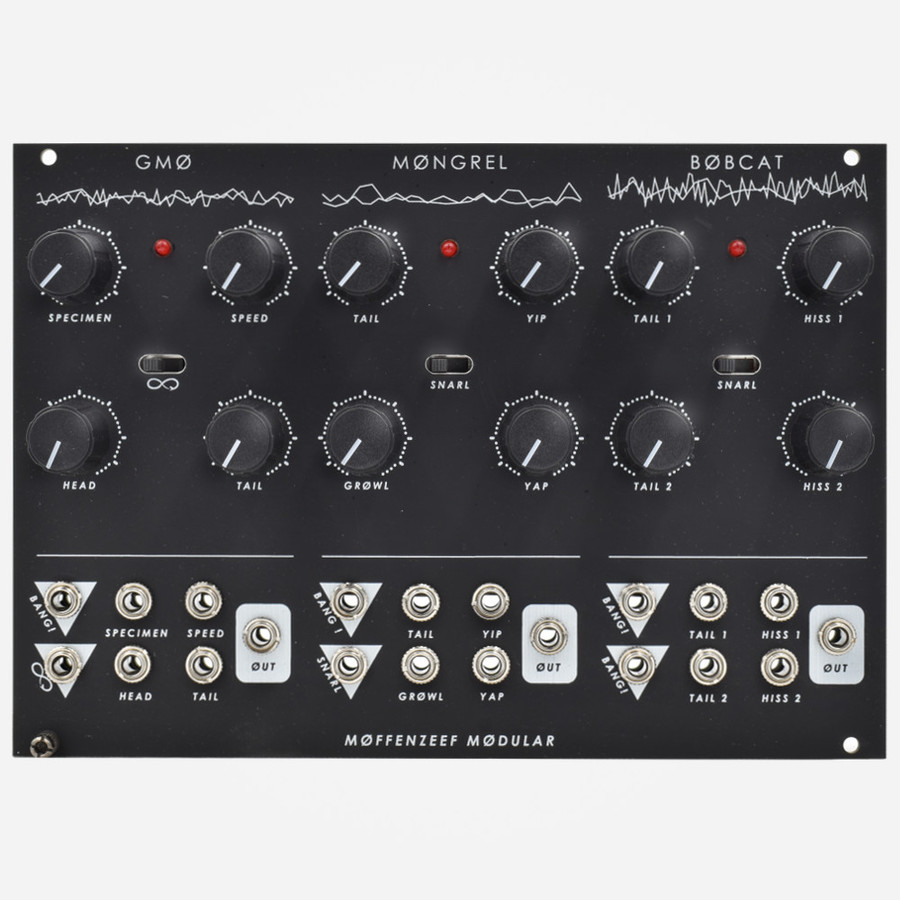 3MO Mega Panel is three Moffenzeef GMO modules in one panel, which each module running an alternate GMO firmware - Stock GMO, Mongrel, and Bobcat - It's a whole lot of glitchy percussion in one module!